What's it like to work at Woolworths: a guide - Spare Staff Blog 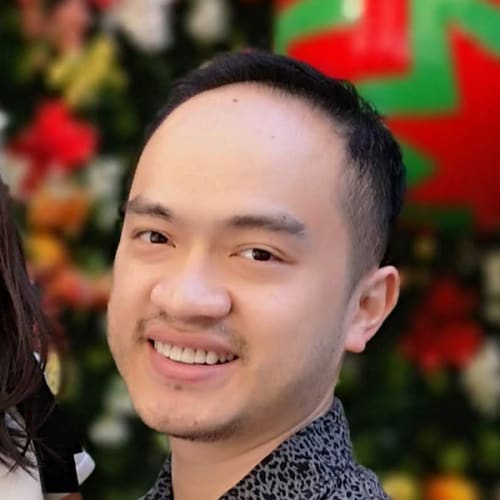 Have you ever wondered what it's like to work at Woolworths? With the success of their Sydney store, Woolworths Group decided to open their second store in Brisbane in 1927 and their first New Zealand store in 1929 and has since opened approximately 3,000 stores and employed 200,000 team members. It was never their intention for Woolworths supermarkets to become a chain, however, with Woolworths' success, Woolworths supermarkets grew to become Australia's largest supermarket chain. They currently hold 37% of the market, in comparison to their competitive Coles which holds only 28% of the market. With our society fast approaching the digital age, Woolworths launched its first e-commerce store in 2012 under the name Homeshop, however now known as Woolworths Online. Woolworths Online has become increasingly popular as many people prefer to purchase their groceries through the Woolworths online shopping services that are offered like the Click and Collect method and home deliveries.

So why is Woolworths so popular?

Woolworths is popular among customers as they offer a wide array of fairly-priced products that are often locally sourced or produced. Additionally, Woolworths' mission, vision, and core values are a standout to customers, job seekers and stakeholders. Woolworths has prided itself on the key role they play in supporting local communities. For example, Woolworths has established foundations that focus on community support such as S.T.A.N.D, Mini Woolies, and Wires. To accomplish their goal in support their community, they often partner with community members, local farmers and local charities. What are Woolworths' mission and vision?

"To deliver the best in convenience, value and quality for our customers."

"[to] Create better experiences together for a better tomorrow." What are Woolworths' values?

How does Woolworths achieve and apply their mission, vision, and values?

Ultimately, Woolworths achieves their mission and vision through their application of values in everything they do, from offering the best customer service to becoming a sustainable organisation. Woolworths uses their skills and resources to work with the community and key partners to improve the health and wellbeing of their customers, community and employees which is why many people are constantly looking to work at Woolworths. Through the implementation of their values in every aspect of their organisation, Woolworths has achieved the following: Due to their strong values and ethical vision for the future of Woolworths, many people want to work for Woolworths. Additionally, from my experience, the values of the Woolworths Group reflect the work culture of Woolworths supermarkets. Many people also work at Woolworths for their pay rate, employment benefits and career progression opportunities

My experience working at Woolworths

As a tertiary student, I am not a stranger to the common customer service/supermarket role. My experience with Woolworths was as a customer service representative at their Mascot office. Although I was only on contract employment for a few months, I thoroughly enjoyed my time working at Woolworths. As Woolworths hired a small group, at the time that I was hired, I was trained and worked alongside 5 other new employees. The training session was very thorough yet quick, with only 2 days of training. My team leader was very kind and supportive so if my team members or I felt like we needed extra help in accomplishing a task or understanding an issue, my team leader and all the other employees at the workplace were very happy to help. To me, it was clear that the Woolworths values of caring for people, diversity and inclusion, and constantly learning were very much integrated into the workplace culture and organisation. My hours were 9-5 Monday to Friday, however, I knew that many of my employees were working outside of the standard working hours and it varied from week to week.

My hours were consistent and every day was pretty much the same. I personally enjoyed the everyday mundane routine. So if you're not looking for a job that is very routine-based, I would suggest looking into other Woolworths careers such as jobs in their retail operations where every day is different.

All in all, my Woolworths experience was very positive. If I wasn't pursuing my postgraduate studies, I would have definitely continued to work at Woolworths as I found it very enjoyable and very rewarding, and I believed I could have progressed to an even more rewarding Woolworths career. To me, my experience was positive mostly due to the fact that the people that I was surrounded with were very friendly and supportive, and it truly felt like a great and empowering workplace. Other people's experience working at Woolworths

From conducting some research and talking to my former co-workers, I have concluded that many have similar experiences and thoughts on Woolworths. Many employees work at Woolworths for the pay rate, good hours offered, a supportive team, easy work/life balance, and the simplicity/straightforwardness of the job. What was the job interview process like to work at Woolworths?

Ever wondered what the Woolworths job interview process was like? Let me tell you.

For me, I actually applied through an external recruiter. I typed in Woolworths jobs near me and applied to the job listings that I thought I would be a strong candidate for. The job interview process differs, with many people being interviewed online via an SMS simulator and video interviews. Some people have also been interviewed in person in a one-on-one interview. Nevertheless, the general consensus is that Woolworths' job interviews are quite easy and straightforward.

The following questions were asked to interviewees:

Based on my experience and the experiences of other people, the consensus is that Woolworths' work culture is generally positive. Diversity and inclusion are major aspects of the workplace. The Woolworths' teams place major emphasis on caring for people and creating a safe place for all employees and customers. The pros and cons of Woolworths are:

How do I apply to work at Woolworths?

Are you ready to apply to Woolworths? To view Woolworths jobs, type Woolworths job in the keyword search box and enter your location e.g. Parramatta NSW.

You can sort by Relevance, Newest and Distance to narrow your search.

Click the job listings that are relevant to you and click Apply to submit your application. Some job listings highlight the required experience for that position and some highlight that it is a no experience needed job, so make sure you read through the job details to see if the job is suitable for you. All in all, with many jobs around a career at Woolworths, can be very beneficial and rewarding for you. As Woolworths Group and Woolworths Supermarkets have strong values and work culture, many people have chosen to work for Woolworths. For a more in-depth guide on Woolworths jobs, check out our blog where we take an even deeper dive into everything you need to know to work at Woolworths.

Jobs Near Me: The Ultimate List of Jobs for Everyone

Top restaurant openings near me need no experience (August 2022)

Job seekers! Are you looking for jobs in Sydney city?

Coles careers and how to jumpstart start yours

Are you looking for jobs?

Are you an employer?

Spare Staff is Australia’s Freemium job site, with much more.

As a job seeker, you can search and apply for jobs that match with your requirements, including jobs that take Walk-in interview. 100% Free.

As an employer, you can post Free job ads and find matched candidates based on location, skills, availability, wage expectation (plus profile photo) at the click of a mouse.

For employers, we follow Freemium model, you can get started right away for Free (no credit card required).

Are you looking for jobs?

Are you an employer?